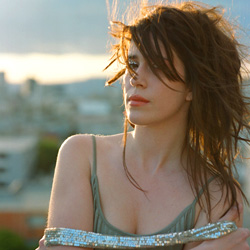 Heap began writing music as a teenager, having learned to play and taught herself to play many instruments when she was young. She got her start in recording music as a guest vocalist for the band Acacia, evntually released her first solo album, iMegaphone. However, despite its popularity, record problems and budget issues resulted in her being dropped from her record label.

She then began collaborating with Guy Sigsworth, Acacia's programmer and keyboard player. Forming the duo Frou Frou, they released a single album, Details, in 2002. After getting dropped from their label, Imogen created her second solo album, Speak For Yourself in 2005, and followed it with Ellipse in 2009. Her fourth album, Sparks, was released in 2014.

In regards to Heap's solo work, her uncontested Signature Song is "Hide and Seek", which grew popular through its use in media, namely in a scene in the season 2 finale of The O.C., then as a meme through the "Dear Sister" skit on Saturday Night Live parodying said scene, and finally as the main sample for Jason Derulo's hit song "Whatcha Say".

On the subject of samples, and specifically the recurring Sampled Up effect she's experienced, Heap has gained further stature through some of her music being the sample basis of incredibly popular songs; the most notable example is "Just for Now" being turned into Clams Casino's "I'm God".