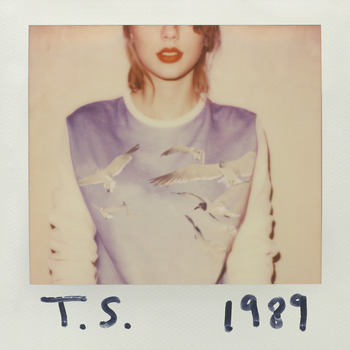 "I've got a blank space, baby."
"I was born in Reading, Pennsylvania on December 13, 1989…"
— The beginning of the album liner notes
Advertisement:

1989 is the fifth studio album by American Singer-Songwriter Taylor Swift. It was released through Big Machine Records on October 27th, 2014, almost exactly two years after her previous album, Red.

It was Swift's first official pop album, fully abandoning her country origins in favor of a dreamy Synth-Pop sound inspired by the music of her birth decade, The '80s. Aiming for a "sonically cohesive record," she again partnered with Max Martin and Shellback, while her longtime producer Jack Antonoff made his first contribution to one of her album releases with "Out of the Woods."note Their first collaboration had been on the between-album single "Sweeter Than Fiction."

With its release, Swift became the first artist in history with two albums that had sold over a million copies within a week. Her eight-month 1989 World Tour was the highest grossing tour of 2015 and was released as a concert film by Apple Music.