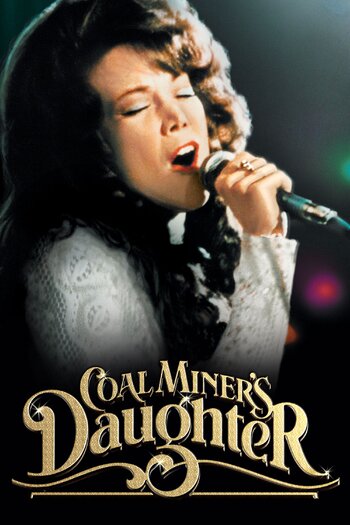 A biopic dramatizing the singer's early life and rise to fame, the film opens with Loretta Webb (Spacek) as a 14-year-old girl in Kentucky's coal-mining country in 1946. Doolittle Lynn (Jones), a charismatic rapscallion, comes home from World War II, falls in love with teenaged Loretta, and marries her over the objections of her parents. They temporarily separate but reunite before Doolittle moves the family to Washington state, where he gets work on a ranch. Doolittle notes his wife's singing talent and buys her a cheap guitar. Doolittle then notes the exceptional music his wife is producing with said guitar and pushes her into playing for audiences at dance halls and honky tonks. When Loretta proves herself exceptionally good at that as well, Doolittle keeps pushing, getting Loretta to make a record—and her march to superstardom begins.

Levon Helm, best known as drummer and singer for The Band, makes his acting debut as Loretta's father Ted. Beverly D'Angelo plays Patsy Cline, who became close friends with Loretta. Sissy Spacek and Beverly D'Angelo did all their own singing for the movie.