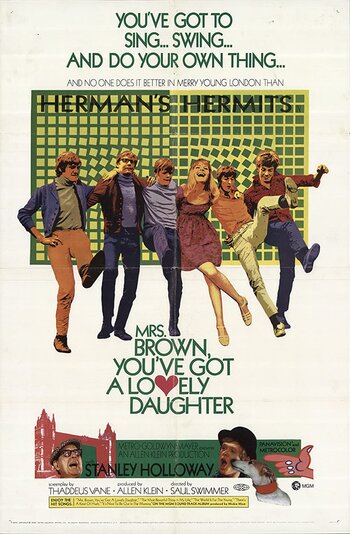 Herman Tulley (Peter Noone) lives in Manchester with his grandmother Gloria (Marjorie Rhodes). He is the owner of a racing greyhound named Mrs. Brown, with whom he hopes to win the derby in London. He and his friends Barry, Keith, Karl, and Leck play gigs to raise money to enter her. They travel to London, where they start working at the fruit market of G. G. Brown (Stanley Holloway). Herman falls in love with Brown's daughter Judy (Sarah Caldwell), a young model. They also befriend a tramp named Percy (Lance Percival).

Mrs. Brown, You've Got a Lovely Daughter contains examples of: