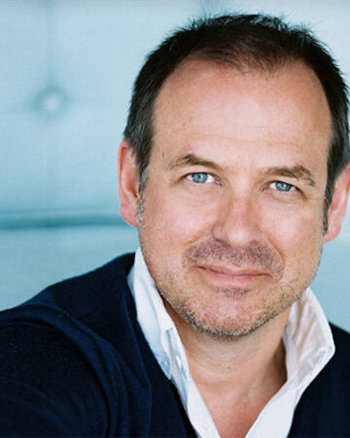 Ian James Corlett (born August 29, 1962 in Burnaby, British Columbia) is a Canadian voice actor, screenwriter, producer, and musician who has worked extensively in the past with The Ocean Group and is most famous for his various roles in Mainframe Entertainment productions. In the online community and various fandoms, he has been praised for a remarkably quick assimilation to a new role (even among experienced voice actors, they may take a few episodes to fully adjust to a voice or character). He has also been involved in the part of a producer on various shows, even creating his own animated series Yvon of the Yukon and Being Ian. As well as a writer on Rescue Heroes, Rolie Polie Olie and Donkey Kong Country for Nelvana and for the original Dragon Ball adaptation* wherein he also voiced Boss Carrot.

He is not as active as some of his friends and contemporaries are, much of it is due to his dissatisfaction with the recording process and money in dubbing for anime.

His son Phil and daughter Claire are also voice actors.