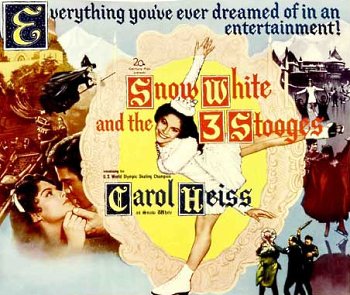 Starring Carol Heiss, a trained skater, not an actor.
"Apparently back in the '90s, people thought if you could look in the camera and say "Drink Pepsi," you were considered a good actor."
— Nostalgia Critic, Kazaam Review
Advertisement:

Hiring of a big celebrity in a starring role (not a supporting or minor one), even if it's not the sole major role, in a movie, play, or TV show. Only, this celebrity isn't known for acting. In fact, this may be the celebrity's first acting job. A close cousin of Stunt Casting, only with a bit more risk, since the stunt castee doesn't have much experience (if any), and is practically carrying the project despite that inexperience.

So why is it done with such risks? Well, the fact is that this sometimes works (it tends to work better for stand-up comedians, singers, and pro wrestlers, being close to what they normally do for a living anyway). Also, even if the vehicle is a failure, the new actor may still have a career afterwards.