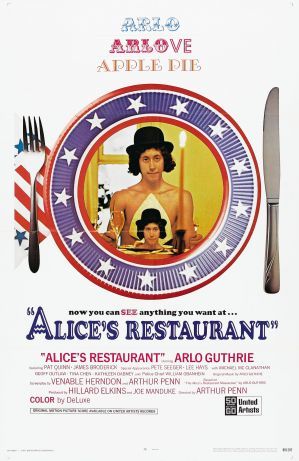 The film, like the song, is loosely autobiographical. Arlo Guthrie stars as himself.