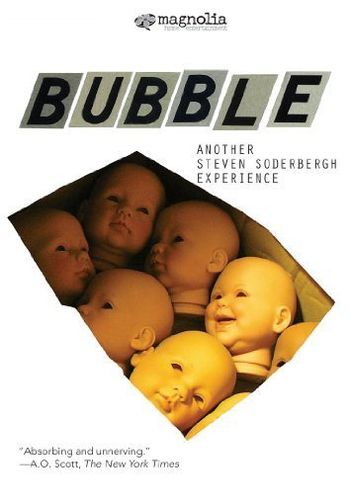 Bubble is a 2005 drama film by Steven Soderbergh. The plot concerns three workers at a Midwestern doll factory struggling to make ends meet. It stars a entire cast of nonprofessional actors and was shot in HD video.

The film debuted in theaters on the same day that it aired on Mark Cuban's HDNet television station. The DVD was released four days later. For these reasons, many movie theaters caused a minor stink and refused to show it.

Tropes found in Bubble include: