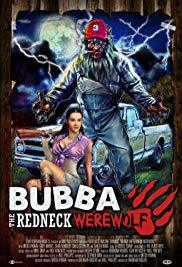 Bubba Blanch is a dog catcher who spends his days lazing around and pining for his ex from a decade ago. Then, one day, the Devil shows up and offers him a deal. He gladly gives up his soul for bravery, strength and hair, and is turned into a werewolf. Unfortunately for Satan, Bubba does not approve of his scheme to destroy Cracker County, and uses his new power to save the day.