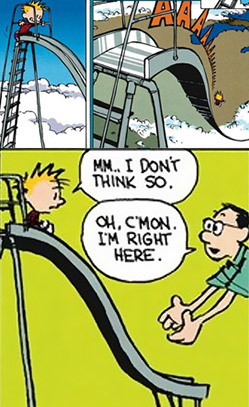 A sequence in which the audience is shown what's going on in someone's imagination instead of things that are actually happening. This may be clear from the beginning, or it may be made to look real at first. Similar to a Dream Sequence, but daydreaming or similar instead of actual dreams. Sometimes several characters can have a shared Fantasy Sequence. One can also be used to represent imaginary events being narrated in the story's real world.

Sometimes but not always a Fantasy Sequence