Western Animation / From A to Z-Z-Z-Z 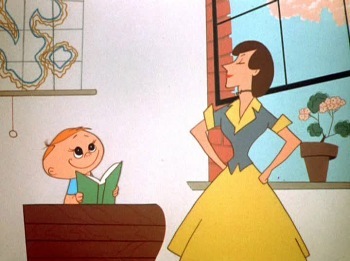 It does not feature any of the Looney Tunes regulars. Instead it's about the daydreams of young school boy Ralph Phillips, who would recur again in "Boyhood Daze" (1957).

The short was nominated for an Academy Award, but lost. It did receive an entry in The 100 Greatest Looney Tunes though.