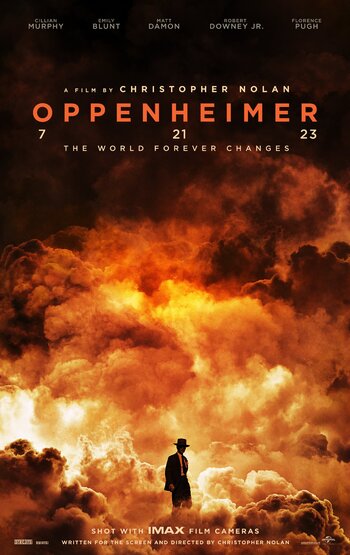 Oppenheimer is a 2023 American historical biopic directed and written by Christopher Nolan, based off the book American Prometheus by Kai Bird and Martin J. Sherwin.

The film is about J. Robert Oppenheimer, the theoretical physicist credited with being the "father of the atomic bomb" for his role in the Manhattan Project, the American World War II undertaking that developed the first Nuclear Weapons.