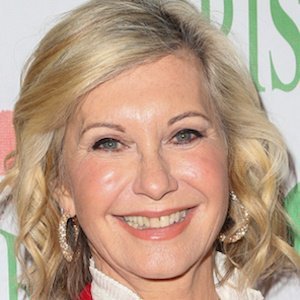 She started her career in the '60s singing in clubs and on television, and in the early '70s began recording a string of best-selling albums and hit singles, eventually earning three Grammy Awards. However, it was her leading role alongside John Travolta in the 1978 film version of Grease that made her an international star. She attempted to channel Grease's success into her next film, Xanadu, but that didn't quite work out.

While she continued to make music, in later years she focused her life more on starting a family, establishing businesses, and activism, particularly health awareness, after being diagnosed with breast cancer in 1992. She successfully fought it, but it came back and metastasized in 2017, and she passed away from it at age 73 on August 8, 2022.

You're the One That I Want

Sandy makes a major change, and she and Danny declare their love for each other.

You're the One That I Want

Sandy makes a major change, and she and Danny declare their love for each other.