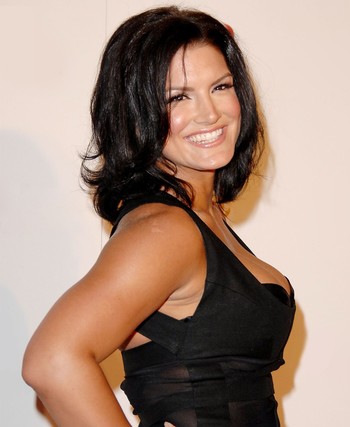 At the peak of her MMA career, she was ranked as the number one 145 lb fighter in the world. She also had a 12-1-1 record as a Muay Thai fighter before committing to Mixed Martial Arts. She hasn't competed in mixed martial arts since August 15, 2009, and has since moved on to begin a fairly successful big and small screen career. One of her more notable roles is Cara Dune in The Mandalorian.

Tropes commonly used in her roles: