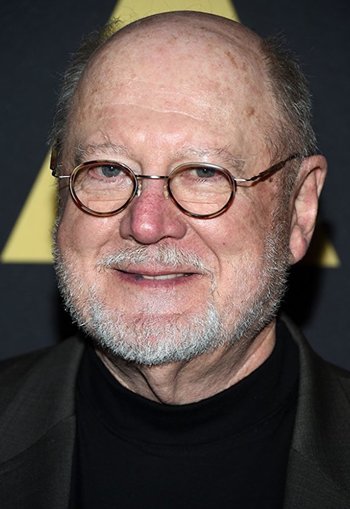 In addition to his numerous live-action roles, Stiers was a prolific voice actor, lending his mellifluous baritone to characters in several Disney films of the 1990s and 2000s — most prominently Beauty and the Beast,note as majordomo-turned-clock Cogsworth and the opening narrator, reprising the former role for the film's two sequels and in other Disney works Pocahontas,note Acting for Two as the Big Bad Governor Ratcliffe and his manservant Wiggins, reprising the former role in this film's sequel and the Lilo & Stitch franchisenote as the "Evil Genius" Mad Scientist Dr. Jumba Jookiba in the original film, all three sequel films, the first TV series, The Origin of Stitch short film, and a couple video games — as well as in several video games, most notably Uru: Ages Beyond Myst and Myst V: End of Ages.

Example of:
Punished with Ugly