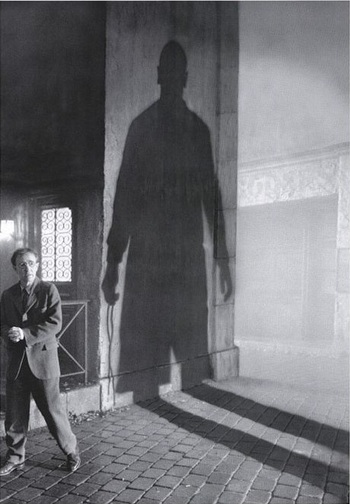 Irmy: I slept with someone for [money]. Does that makes me a whore?
Kleinmann: Well, no, only by the dictionary definition.
Advertisement:

Shadows and Fog is a 1991 American comedy film directed by Woody Allen, based on his one-act play Death.

Kleinman (Allen), a meek bookkeeper, is awakened from his sleep by a vigilante mob, who claims to be looking for a serial killer and need his help. However, at one point the mob disappears, and wanders around town searching for the group with the help of Irmy (Mia Farrow), a circus performer.