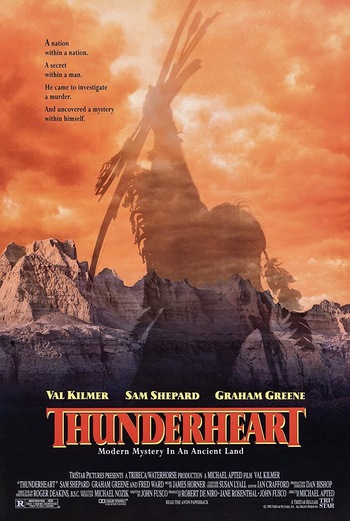 In the 1970s, Ray Levoi (Kilmer), an FBI agent of partial Lakota Sioux ancestry, is assigned to investigate a possibly-political murder on the Lakota reservation in South Dakota. In the process, he discovers a conspiracy involving uranium mining.