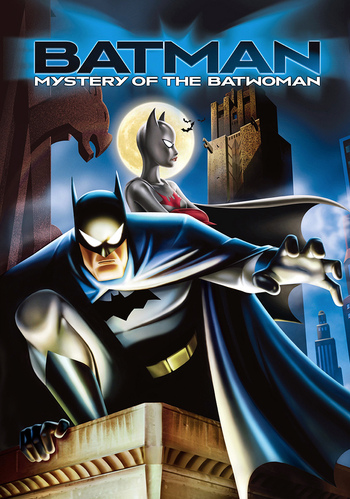 The third DC Animated Universe movies based on Batman: The Animated Series, concerning Batman's investigation of the titular new Bat in town. While Batman deals with this distraction, three new women appear in Bruce Wayne's life - Rocky, a young scientist working with Wayne Enterprises; Sonia, a new police officer assigned to the force; and Kathy, the spoiled daughter of crime boss Carlton Duquesne. Soon, all three become prime suspects in the case of the Batwoman.

Mystery of the Batwoman provides examples of following tropes: