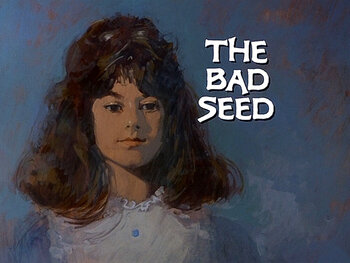 Previously adapted as a 1954 stage play and a 1956 feature film, The Bad Seed saw its next incarnation in 1985 with this ABC Made-for-TV Movie written by George Eckstein and directed by Paul Wendkos.

This version modernizes the story in terms of setting and backgrounds, although the actual plot isn't altered that much. The most notable change is that our murderous little girl is now named Rachel instead of Rhoda.