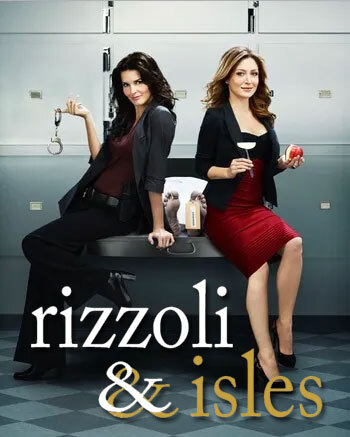 Rizzoli & Isles was a 2010–16 Cop Show on TNT, based on the Rizzoli/Isles novels by Tess Gerritsen.

The show is set in Boston, with two of the city's hardest-working women cracking its most gruesome murders. Those two women are as different from one another as can be; Jane Rizzoli (Angie Harmon) is a tomboyish cop with a no-nonsense attitude, while Dr. Maura Isles (Sasha Alexander) is a brilliant though eccentric medical examiner, much more feminine and mild than Jane. As odd of a pairing as they may be, Jane and Maura are close friends who are always there for one another and have each other's back.