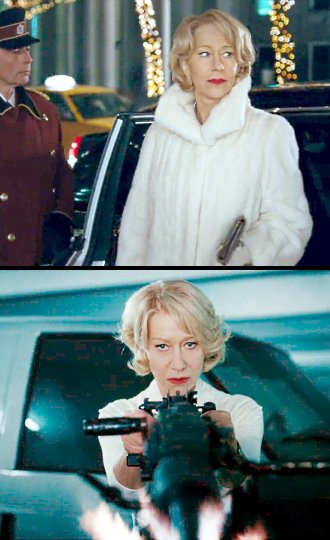 Victoria finds the galas, furs, and limos are just to pass the time between assassinations.
Thomas Wayne: Gotham's been good to our family, but the city's been suffering. People less fortunate than us have been enduring very hard times. So we built a new, cheap, public transportation system to unite the city. And at the center... Wayne Tower.
Bruce Wayne: Is that where you work?
Thomas Wayne: No, I work at the hospital. I leave the running of our company to much better men.
Bruce Wayne: Better?
Thomas Wayne: Well, more interested men.
— Batman Begins
Advertisement:

A rich character does a job involving public service (often a cop, soldier, or doctor) despite obviously not needing the pay. Instead, they do the work to help people or for personal satisfaction — or to avoid boredom. They will often have conflict with both their family — who wonder what they're doing down in the muck with the "common people" — and their work peers — who class them sight unseen as a dilettante after thrills. They spend all their time proving themselves.

Sometimes overlaps with Fiction 500, Crimefighting with Cash, Rich Kid Turned Social Activist, or Rich Idiot With No Day Job (when they pretend to be idle in public).

Note that in some cultures, certain professions are expected of a Blue Blood, such as military duty. This trope applies when it is not part of the upper-class culture — either this job or any job.

This may be Truth in Television, especially with how some people earn their fortunes, or philanthropists. Inasmuch as it contrasts the Spoiled Brat trope, it also overlaps it for the person may think wealth is not a purpose, but a tool for his or her purposes, even if the respective purposes may lack sense. To study and acquire skills which are interesting, but don't pay back is an innocuous example.

A Sister Trope to Royals Who Actually Do Something and Affluent Ascetic. Contrast Spoiled Brat; Rich in Dollars, Poor in Sense; Upper-Class Twit; Idle Rich.