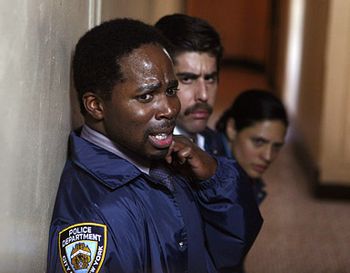 The number 42 has a different meaning to Detective Leo Banks.
Advertisement:

An ABC quirky cop show which debuted in the spring of 2009 as a replacement for a different quirky cop show. The series revolves around the 2nd Precinct and the lives and secrets of its officers. Because of the limited episode number and the fate of the series it replaced, some wondered if The Firefly Effect would keep viewers away. Either way, hope you enjoyed it while you had the chance.

The main cast consists of the following: