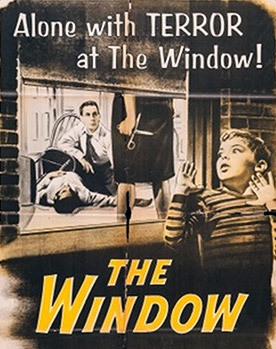 A protagonist is caught in a situation where they are Forced to Watch a crime (or what they think is a crime) but is powerless to do anything to stop it. Later on they may be unable to prove a crime has occurred, or they may find themselves targeted by the killer looking to eliminate any witnesses.

May or may not lead to a Rear Window Investigation. Often features in the "Rear Window" Homage.