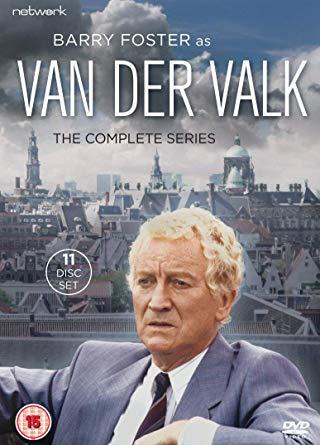 Van der Valk is a British television series that was produced by Thames Television for the ITV network. It starred Barry Foster in the title role as Dutch police detective Commissaris "Piet" (real name Simon) van der Valk. Based on the characters and atmosphere (but not the plots) of the novels of Nicolas Freeling, the first two series was shown in 1972 and 3. After a short hiatus production was taken over by Thames subsidiary Euston Films in 1977. Finally a fourth series appeared in 1992, in which Van der Valk's now-adult son was also an officer in the same force as his father.

In April 2020 ITV aired an updated and remake of show, with Marc Warren taking over as Var der Valk in the UK. These were 3 two hour stand alone episodes, with a view of more being made.

The theme from the series

was an unexpected chart hit.

This cop show has examples of these tropes: