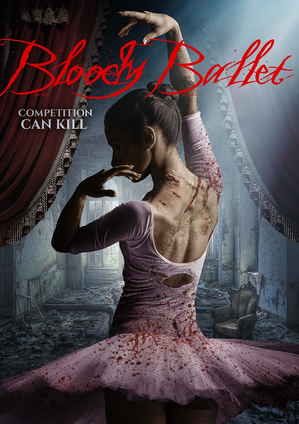 "There's a price you pay, learning to fly. They steal your childhood, your family…leave you only with friends who hope every day that your Achilles will snap, and they never let you grow up."
— Cassie, Tiny Pretty Things
Advertisement:

Ballet is typically thought of as a pleasant dance form — the Dainty Little Ballet Dancers are graceful and elegant, the plots tend to be romantic, historical, or fantastic stories set to a sweeping stage design and bombastic music, and the impressive tutus are pretty. However, there is an unnerving element to it. Not only do ballet dancers have to rely on raw acting and athletic ability to tell the story, they also have to contort themselves into exceedingly difficult positions in order to sell the choreography, and often do so in synchronization.

Things are usually worse offstage. The physical training required to achieve such grace and flexibility is grueling, and may be paired with the struggle to maintain the ideal slender body for ballet. The mental pressure on the dancers doesn't help and neither do clashes with other dancers, the Prima Donna Director, the choreographer, or anybody else involved in production. In addition, many classic ballets draw on fairy tales and gothic romance tropes or have otherwise violent stories, making it easy to twist these stories into something darker.

Some works run with these notions and use the intensity of ballet to highlight horrific or unsettling things. Maybe the heightened form of drama ballet brings and the high-stress environment surrounding it takes a toll on a ballerina's sanity, the physical requirements results in mutilation (especially Agony of the Feet), the Dream Ballet takes a scary or dramatic turn, or the art itself is directly tied to the supernatural. In particular, the ethereal visage of a graceful ballerina might be tied to something ghostly. Overall, there is a lot of storytelling mileage in the dichotomy between the feminine, delicate-looking performance and its darker underbelly. See Subverted Innocence.

Elevator and Hannah audition to play the Bad Swan and Ogre decides who gets the role by doing a dance duel. During the duel, Elevator reveals some very "bad" things he did to show how bad he is.

Elevator and Hannah audition to play the Bad Swan and Ogre decides who gets the role by doing a dance duel. During the duel, Elevator reveals some very "bad" things he did to show how bad he is.