Animation / The Haunted House: The Secret of the Ghost Ball 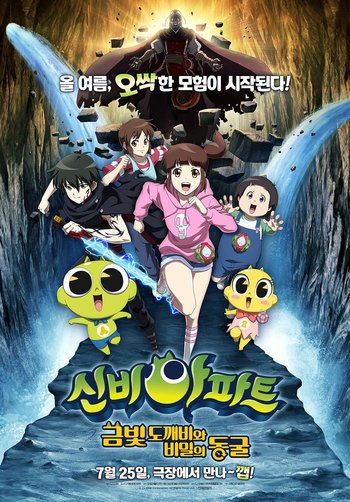 Siblings Hari and Doori live in the haunted Shinbi Apartments. One day, they meet and befriend the goblin who feeds off the magical energy there, Shinbi. Despite his warnings, they steal and eat the goblin taffy, granting them the ability to see ghosts. They agree to help Shinbi drive away ghosts from the apartment, so that it stays occupied and he can continue feeding off the energy generated. Shinbi gives them each a Ghost Ball, allowing them to summon spirits they've defeated to help them.

Using their Ghost Balls, Hari and Doori protect their neighbors and classmates from evil spirits and help ghosts cross over to the other side.

This show was available to watch on Netflix.