Evil Is Not a Toy 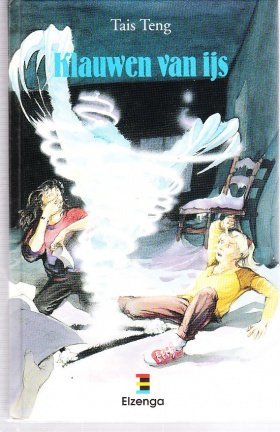 WARNING: Keep Tomes of Eldritch Lore out of reach of children. We are not liable for damages.note The title is Dutch for "Claws of Ice"
"Powerful fools seek to control it, play with it. But it too is powerful. Too powerful for anyone to control."
— Magda, Quest for Glory IV
Advertisement:

Not all manufacturers of Sealed Evil in a Can use child-resistant caps.

Sometimes the Sealed Evil in a Can doesn't escape by itself, nor is it released by an Unwitting Pawn, but is deliberately set free by a villain (or hero). Let's call him Bob. Bob usually thinks he can control the sealed evil, or bargain with it, expecting to trade on a certain level of gratitude on its part since he was the one who freed it (or in extreme cases, resurrected it).

The Sealed Evil in a Can will inevitably turn on the one who freed it — sometimes sooner, sometimes later. Afterall, once Bob has freed it he's expendable. In many cases, it turns out to have no understanding of loyalty or gratitude at all. Bob may end up being killed on the spot, or he may be enslaved by the sealed evil — bonus points if the one who freed it sought to enslave the evil themselves. The sealed evil may make a bargain that it has no intention of honoring (or it may promise Bob he will be rewarded "as he deserves"... guess what he deserves?). Or it may simply refuse to obey him. If he's very lucky, Bob may merely be forced to become the newly-unsealed evil's minion on pain of death. In any case, if Bob was the Big Bad before, he was really just a Disc-One Final Boss; the formerly-sealed evil is the true Big Bad. In the event that Bob survives, this is a leading cause of Enemy Mine twists, since Bob now must seek any allies he can find to deal with the evil that he unleashed.

In some cases, the sealed evil has further need of Bob; perhaps it is in some way at his mercy, or it needs him to perform a task that will free it fully, or it is just feeling sadistic. No matter what, it will always manipulate Bob into doing its bidding, stringing him along with promises of power and/or wealth, before finally pulling a Did You Actually Believe...? on Bob the moment it no longer needs him. After all, you certainly don't get rewarded just for doing what you're expected to do, especially after You Have Outlived Your Usefulness. Other times, the evil being may ask Bob what exactly he expected after releasing an evil being.

This goes triple for anyone attempting to activate a hero's Superpowered Evil Side. Unless you are The Emperor and would already be stronger than them, just remember: once they're evil, they no longer have any qualms about killing you.

If you're a villain, take note: Sealed evil should not be released unless you expect it to betray you. Also, it should be kept away from children under 3 as they have small parts and it may not choke on them.

All too often the character will die horribly within seconds of uttering "Now its power is MINE!"

This goes both ways, as sometimes Bob is the Sealed Evil in a Can and the villain he's trying to dupe into releasing him is the one who's not a toy, and as such will brutally subjugate Bob the moment he underestimates the releaser.

This trope often overlaps with Deal with the Devil, as bargaining with a force of evil always screws over the client in the long-run. Regardless of any immediate benefits.

Eat the Summoner is a Sub-Trope. See also This Is Your Brain on Evil. If Bob created the evil in the first place, it's a case of Turned Against Their Masters. When the evil actually is a toy, it may coincide with My Little Panzer, Killer Rabbit, or Sealed Evil in a Teddy Bear. If the Evil in question is a Greater-Scope Villain, expect the lesson to be particularly painful. Contrast Holy Is Not Safe, where concentrated goodness is similarly threatening, Hijacking Cthulhu, where the "lesser" evil really does make a toy of the "greater" one, and With My Dying Breath I Summon You, where the summoner dies before the evil does anything to him.

open/close all folders
Comic Books
Fan Works
Films — Animated
Films — Live-Action
Manhwa
Music
Mythology and Religion
Radio
Tabletop Games
Web Comics
Web Original
Web Video
Western Animation
"I've come to learn that employing Achievement Hunter's help in something is equivalent to when the mob hired the Joker in Dark Knight. No one really knows how much chaos they're unleashing until it's too late

Bradford vs. the Villains

Bradford, in what universe is it a good idea to make three dangerous villains your slaves?

Bradford vs. the Villains

Bradford, in what universe is it a good idea to make three dangerous villains your slaves?