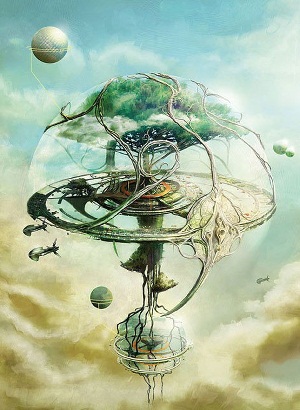 This is a trope, mainly in science fiction, where a ship or vessel of some kind is literally made out of a tree. Not merely made out of wood, or that a tree was used in the construction, this ship actually looks like (and possibly functions as) a giant tree. A key element is that the tree should be living, and was grown/created/transplanted specifically for the purpose.

Most often used in Science Fiction, though not necessarily limited to it. In certain cases it may be used to show a race as basically Space Elves who have both high technology and still are in tune with nature.