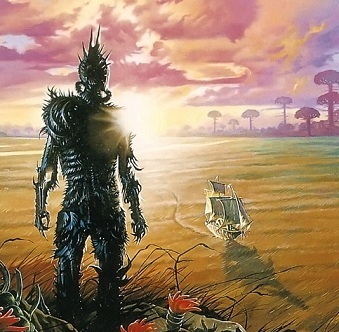 Anyone want a hug?
Advertisement:

Eight hundred years into the future, humanity has fled the Earth's accidental destruction at the hands of an artificial black hole and has established the WorldWeb, a society of many planets connected through the Farcaster network. With the help of its allies in the TechnoCore (a group of A.I.s), mankind lives in peace...until the mysterious "Ousters", a splinter race of humanity adapted to living in deep space, attack.