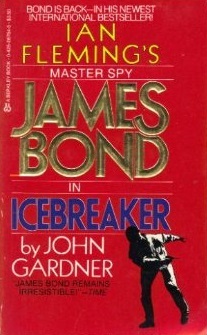 The third James Bond novel by John Gardner, published in 1983.

Members of Communist parties are being killed by the terrorist Nazi organization NSAA (Nationalist Socialist Action Army) all over the world. They are considered to be so dangerous, that British Secret Service, KGB, CIA and Mossad agree to participate in a joint operation, called Icebreaker, to take down their headquarters in Finland. Each agency sends their top agent on the job, and Bond is tasked to be the representative of his.

This novel is infamous for its sheer number of twists, where character's true alignments have varying veracities, some only getting revealed in the last action sequence.