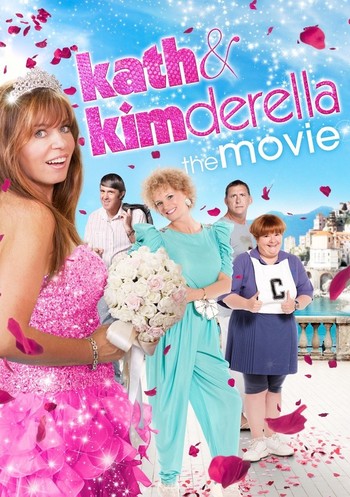 Kath and Kimderella is the movie continuation of the Australian comedy series Kath & Kim.
Advertisement:

Several years have passed and the characters are starting to feel their age. Kath and Kel's relationship is losing its spark and Kim has finally divorced Brett. Sharon however has lost some weight and is more confident as a result. When Kath wins a trip to the kingdom of Papilloma in Italy, she takes Kim and Sharon with her, due to Kel's fear of flying keeping him at home.

Once they arrive, Kath and Kim are pursued by the despotic king of Papilloma Javier and his deformed son Julio. Sharon meanwhile tries to get with their manservant Alain with little success.