Literature / I Am Mordred 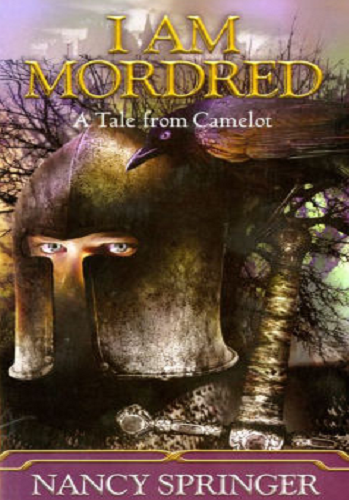 I Am Mordred is a 1999 fantasy novel by Nancy Springer set in Arthurian Legend. The focus is set on the title character instead of King Arthur et al., showing the usual story from his point of view.
Advertisement:

After Mordred is born from King Arthur's tryst with his half-sister Morgause, Merlin prophesies that he will grow up to kill his father. Because of this, King Arthur tries to avert the prophecy by having all newborn baby boys put out to sea where they will die. Mordred, of course, miraculously survives when he's found by a fisherman. Raised by the man and his wife, Mordred at first knows nothing about his parentage. Years later though, the sorceress Nyneve comes and delivers him to his birth mother, Queen Morgause, where Mordred learns the terrible prophecy made about him...

I Am Mordred provides examples of: