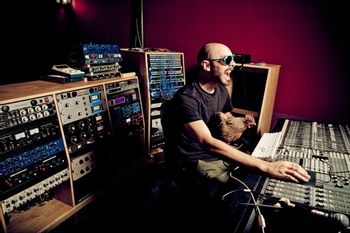 Igorrr is the main pseudonym of French electronic music artist Gautier Serre. He also was a member of the group Whourkr, along with Yann Coppier. His musical output is akin to Venetian Snares

in that he uses a lot of breaks in his music, and he labels it "Baroquecore" because he makes Breakcore and also blends in a lot of Baroque music. He is very popular in the Breakcore scene.