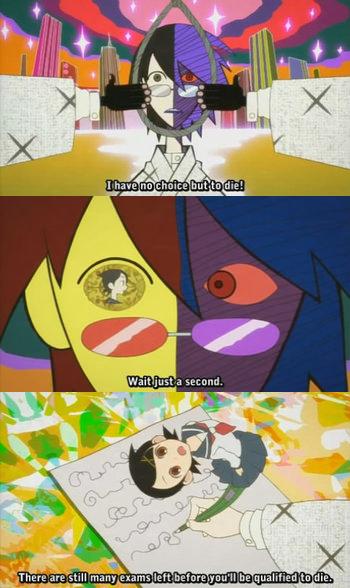 Animation, freed from the limitations of live-action films, allows you to show anything you could ever imagine. Here, that freedom is used to dispense with all semblance of reality, and sanity, taking the viewer into a crazy world where anything goes. Some people find this "anything goes" attitude delightful. Usually it wasn't made on drugs... but it almost seems like it'd be less creepy if you knew they did.

For younger viewers, this can be either a pretty rich well of Nightmare Fuel, whether or not accidental, or Nightmare Retardant.

A man in a billboard signs the alphabet.

A man in a billboard signs the alphabet.