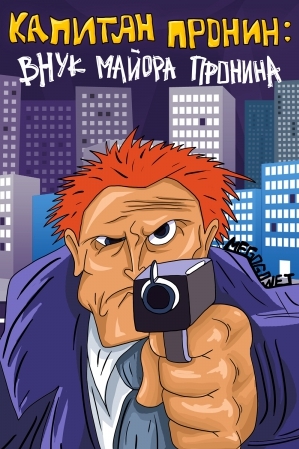 Captain Pronin is a 4-episode cartoon series made in the post-Soviet Russia at Studio Ekran between 1992 and 1994.

Created as a parody of American action movies that flooded Russia in the early nineties, it is about Captain Pronin, the grandson of Major Pronin, a character from a series of Soviet books from The '50s (who was like a Russian James Bond).

The series also has a video game spin-off, Captain Pronin: One Against All, a Microsoft Windows (with an unlicensed PlayStation port that was showcased by Vinesauce streamers Vinny and Joel) action game boasting 200 animations and 400 endings.