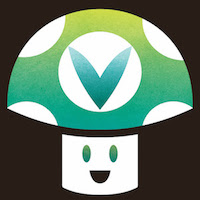 Vinesauce is a livestreaming group of gamers, with an emphasis on variety, hilarity, and crossing the line twice. While there is no particular schedule for when each streamer streams a game, the group's creator, Vinny, usually streams late at night (typically from sometime between 11 PM and 12 AM EST to around 4 AM EST) almost every day, while Joel streams mainly on Fridays and the weekends (though is much less consistent about it than Vinny). Some of their most well-known streams include Vinny's corruption, Tomodachi Life, Super Mario Bros. X level contest, and Animal Crossing streams, Joel's Sims, bootleg game, Windows destruction, and Facade streams, and Rev's 24-hour SpongeBob Boat-O-Cross marathon.

The group is also known for its annual charity marathon, "Vinesauce is HOPE", a three-day event every July where the Vinesauce streamers and associates play games to raise money for the Pediatric Cancer Research Foundation. The marathon started in 2014, and as of 2019, it is managed under the nonprofit organization Variety is Hope, run by former Vinesauce member Hootey. The first Vinesauce is HOPE event to be conducted under Variety is Hope's management took place in 2020.

The current line of streamers and their Twitch and YouTube channels are (in no particular order):

open/close all folders
Tropes A to M
Tropes N to Z
"Joel? Joel? Did you download tropes again, Joel?"
"N-no Dad, no no—"
"JOEL? JOEL?!"
Feedback

In "Shareware Madness Part 9," Joel goes into the files of a cheesy edutainment game that teaches kids about colors and replaces the voice clips with his own. The results are much less kid-friendly.

In "Shareware Madness Part 9," Joel goes into the files of a cheesy edutainment game that teaches kids about colors and replaces the voice clips with his own. The results are much less kid-friendly.