Video Game / The Legend of Zelda: A Link Between Worlds 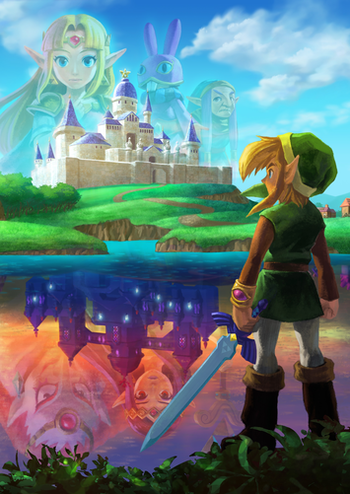 A Link between worlds goes on an epic adventure to save both.
"We had legends. We had heroes. Lorule had hope. But all that is gone. Lorule has only me now. And YOUR hero, of course... Lorule was just like Hyrule. So very beautiful. So very... promising. We have need of a hero—and your Link is superb."
—Princess Hilda
Advertisement:

Alternative Title(s): The Legend Of Zelda A Link To The Past 2, A Link Between Worlds