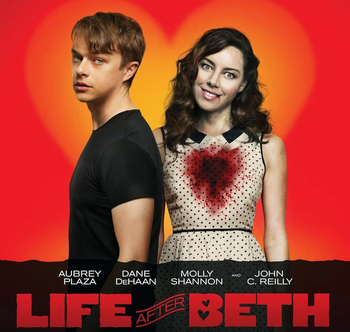 This is the unsettling habit of giving something a title which is a pun on the lead character's name — particularly if the character's name reflects the work's premise, theme or both. For example, in a TV series named Swift Justice you can pretty much bet that our hero will be named something like "Jane Justice" or "John Swift" (or, Heaven help us, Federal District Court Judge "Justice Alice Swift").

The most common name to appear in this context is probably "Grace."

On television, this is most common in the United Kingdom, but still happens elsewhere. In the United States, puns are more popular for titles of individual episodes, as in Knight Rider, Airwolf and Remington Steele.

See Punny Name for characters; also compare Justified Title. A subtrope of Character Title and Pun-Based Title. If a work's name is a pun on anything other than a character's name, it should go to Pun-Based Title or its subtrope Pop-Culture Pun Episode Title. See also The Law Firm of Pun, Pun, and Wordplay.

Also compare with Steven Ulysses Perhero, when the character's name or surname equals with his role.