Series / Chance in a Million 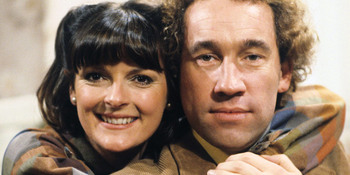 Chance in a Million was one of the earliest sitcoms for Channel 4, first airing in 1984. Written by Andrew Norriss and Richard Fegan (who would both go on to create The Brittas Empire), it stars Simon Callow as Tom Chance. Chance has a tendency to get into trouble thanks to unlucky coicidences, although he is oblivious to this and doesn't care too much. With him is his long suffering girlfriend Alison Little (Brenda Blethyn), who he met on a blind date.