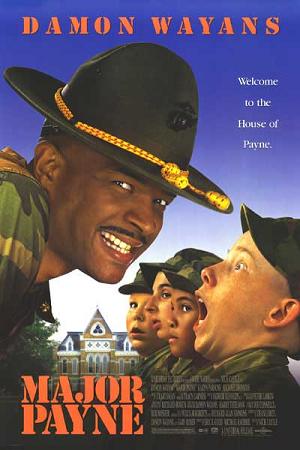 Major Benson Winifred Payne (Damon Wayans) is being discharged from the U.S. Marine Corps. Payne is a killin' machine, but the wars of the world are no longer fought on the battlefield. A career Marine, he struggles with civilian life, which results in an assault charge.
Advertisement:

However, his commander finds him a job that gets him back into the military: Commanding officer of Madison Preparatory Academy's JROTC program, consisting a bunch of ragtag losers and misfits with no hope.

Using such teaching tools as live grenades and real bullets, Payne starts to instill the Corps with some hope. But when Payne is recalled to fight in Bosnia, will he leave the recruits who have just started to believe in him, or will he find out that killin' ain't much of a livin'?