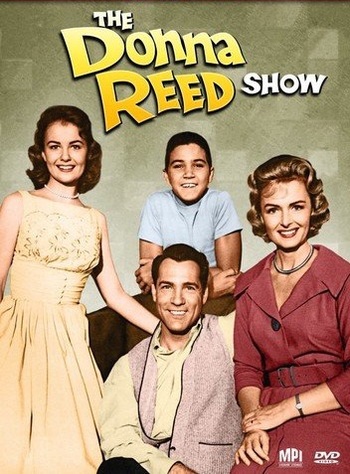 The Donna Reed Show is an American sitcom starring Donna Reed as Donna Stone, a typical middle-class housewife with her husband, Dr. Alex Stone (Carl Betz). The series follows them and their family as they go through light situation as Donna helps out with charity drives and community theatre with the occasional eccentric relative to create chaos in the household.

The series was produced by Screen Gems and aired from 1958–66 on ABC.