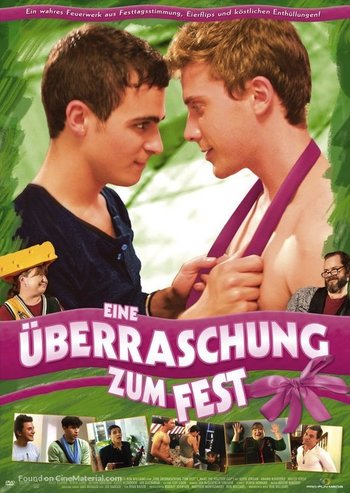 A 2009 Gay Christmas movie. Yeah, you read that right. Make the Yuletide Gay is about Gunn, a gay college student who is president of the GLBT student council, going home to his parents. The twist: he's not out to them. Even better: his boyfriend, Nathan, comes for a surprise visit to spend the Christmas holiday with them. Leading to a wacky Christmas season as they try and keep everything under wraps.

The movie was directed and written by Rob Williams, who also wrote its novelization in 2017. Rob's attempts to crowdfund a sequel film failed; he ended up releasing the sequel as a novel in 2018.