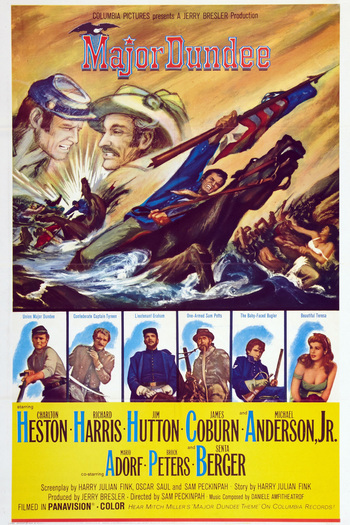 The title character, Union cavalry officer Major Amos Dundee (Heston), is relieved of his command for an unspecified tactical error at the Battle of Gettysburg and sent to head a prisoner-of-war camp in the New Mexico Territory. When a family of ranchers and a relief column of cavalry are massacred by an Apache war chief named Sierra Charriba (Michael Pate), Dundee seizes the opportunity for glory, raising a contentious troop of Union regulars (black and white), Confederate prisoners, several Indian scouts, and a gang of civilian mercenaries on an expedition into Mexico to destroy the Apaches.