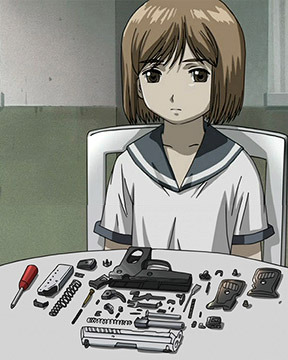 No, not that kind of stripping.

This is where a character disassembles a weapon, cleans it and puts it back together. It comes in a number of varieties: