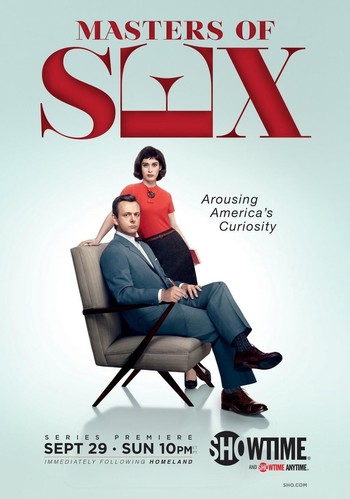 "Can you squeeze me in now?"
"We sit huddled in the dark like prudish cavemen, filled with shame when the truth is, nobody understands sex. And science holds the key."
—Dr. William Masters
Advertisement:

A period drama series that aired for four seasons (2013–16) on Showtime, set in the 1950s and '60s and offering a fictionalized depiction of the Masters and Johnson human sexological research team. Loosely based on Thomas Maier's biography of the same name, it starred Michael Sheen as Dr. William Masters and Lizzy Caplan as Virginia Johnson.