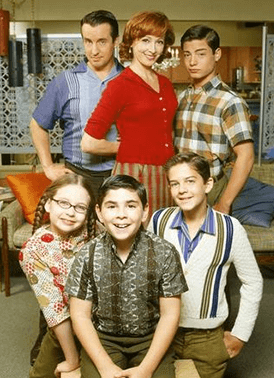 Oliver Beene is a 2003 American sitcom set in the early 1960s, and ran Sunday nights on FOX as a replacement for the then-cancelled Futurama. It is about the title character's struggle to survive his unpredictable family, consisting of his dentist dad Jerry, homemaker mom Charlotte, and womanizing older brother Ted. Oliver's friends Michael and Joyce, however, make things a lot more bearable.

This show ran for two seasons with 24 episodes in total, with only the last two episodes never airing in America.