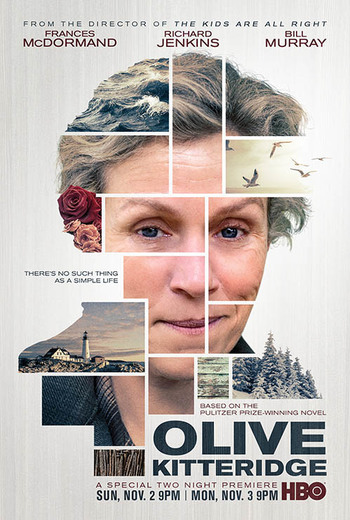 Olive Kitteridge is a miniseries based on the 2008 novel of the same name by Elizabeth Strout. Olive Kitteridge is a depressive, retired schoolteacher who lives with her husband in Crosby, Maine. The two have a troubled son named Christopher, who becomes a podiatrist after college. The story charts Olive's problems bereavement, jealousy, and friction with family members and friends.