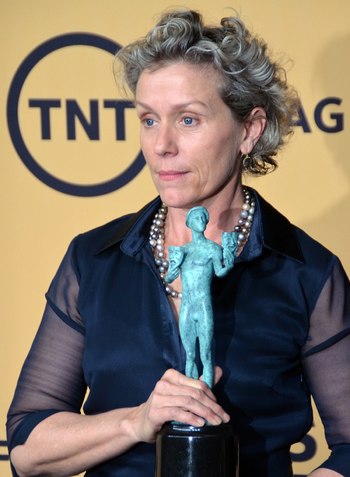 She is best known for her roles in The Coen Brothers' films, and has been married to Joel Coen since 1984.

She's won the Triple Crown of Acting (three Oscars, one Emmy, and one Tony), and a further Oscar and Emmy as a producer.

Her many screen credits include:

Tropes associated with her career include: