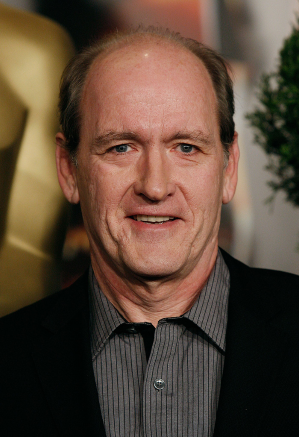 Richard Dale Jenkins (born May 4, 1947 in DeKalb, Illinois) is an American actor. He started acting in the mid-seventies though he had prominent roles through the 80's and the 90's. Then in the early 2000's he had his breakout role as the deceased patriarch Nate Fisher Sr. in the HBO series Six Feet Under.

Jenkins has a very solid and long career playing all sort of roles in comedy (Burn After Reading, Step Brothers), action (The Core, The Kingdom (2007), Jack Reacher), drama (North Country, Dear John) and horror (The Cabin in the Woods, Wolf, the Let Me In US remake). He has even been nominated for an Oscar twice, for Best Actor in The Visitor, and for Best Supporting Actor in The Shape of Water.

He is a usual collaborator of two of Hollywood's most well known director brothers: The Farrelly Brothers and the Coen Brothers.