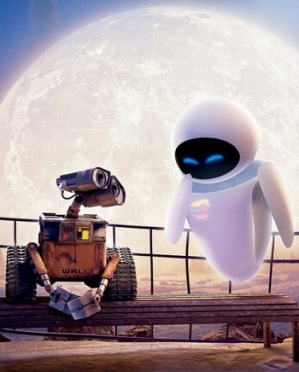 Strong relationships, in both TV and real life, thrive on how each member compensates for the other's weaknesses with their own strengths, and vice versa.

A Motor Mouth just isn't as funny if he doesn't have the Straight Man to torment. Similarly, only when a sweet, shy person is paired up with an equally jerkish one is their kindness and shyness made all the more noticeable.

It is all but guaranteed that the characters' differences will cause more friction than harmony between them. That's what gives the Odd Couple its fuel for Slap-Slap-Kiss, Will They or Won't They?, and Aw, Look! They Really Do Love Each Other situations. Bickering and mushiness in one package. What's not to like?

The Odd Friendship also has elements of this, but tends to focus on how the differences make them see each other, and maybe the world, through new eyes. Perhaps the serious one is Not So Above It All, or the Shrinking Violet has an inner strength they never knew they had. A Moe Couplet also does something similar to this, focusing on how each half of the couplet brings out the other's endearing or nurturing traits.

Opposites attract has become so widespread in buddy cop shows, in the form of Serious White Guy meets Loud Black Guy, that it branched off into its own subtrope.

About the biggest challenge in creating a day-and-night dynamic is to keep the attract and repel cases relatively balanced. When the pendulum swings too far toward the repel side and the characters seem more interested in torturing each other than helping out, it's no longer cute to watch; it's just masochistic. The key (both in fiction and in Real Life) is to watch the pair's goals. If they want the same thing but use completely different methods to achieve it, it's this trope. If they want different things entirely, it's a divorce waiting to happen.

If you add a third-party mediator for balance, you get a Power Trio.

Contrast Birds of a Feather. Compare Too Much Alike.

Jason Mendoza, who may very well be the dumbest person to ever live, gets married to Janet, an infinite database who knows literally everything

Jason Mendoza, who may very well be the dumbest person to ever live, gets married to Janet, an infinite database who knows literally everything